(Catching up on some posts from June)

Here we go again.  We’ve been in Papua New Guinea for 10 months, and we have a medical situation.  Kobe’s knee has been giving him trouble for a while now – it was even sore for him back in America.   But now, it’s to the point where his knee is giving out on him while he’s walking.  The doctors here have banned him from sports and PE.  Chances are, he’ll need surgery.  Wouldn’t it be nice to be able to just drive to the nearest hospital?  Oh, no…  We have to fly to the closest Western nation!

We’ve asked God to just heal the knee.  He could do that.  He’s God.  We just don’t want to have to go anywhere right now.  But, we just have this feeling that God’s not going to do that.  Instead, we have to learn to trust Him all over again – and go on another journey of faith.  Has God always provided for us?  Yes.  Why is it that we keep having to learn that lesson all over again?  Shouldn’t we know that by now?

So, right now, we’re planning to go down to Brisbane, Australia in June.  We’re trying to arrange everything from flights to accommodations to transportation.  We’d like to take the whole family as the flights are pretty cheap now as its “winter” in Brisbane (winter – as in highs of 68 and lows of 54!).  Please pray for all these plans to come together!! 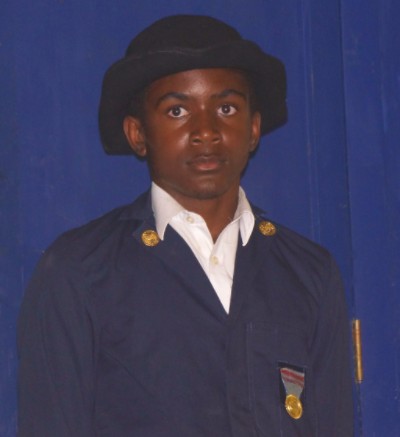 Kobe in a recent play at school.  Also, his mug shot when he re-ups.

The Papua New Guinea government branch that Aaron has been working with (on some very important issues) has GRANTED our request!  This is a HUGE answer to prayer and will help ease the administrative burden of our hundreds of missionaries – not to mention the Business Office!  Thank you for praying!

We now have a teenager!  Of course, we’ve had one for a while, but now his age proves it…  He was so excited to get all his Wii games (that he found out about months ago!).  He could barely wait.  Now, because of his knee, he has a good excuse to play video games instead of playing outside! 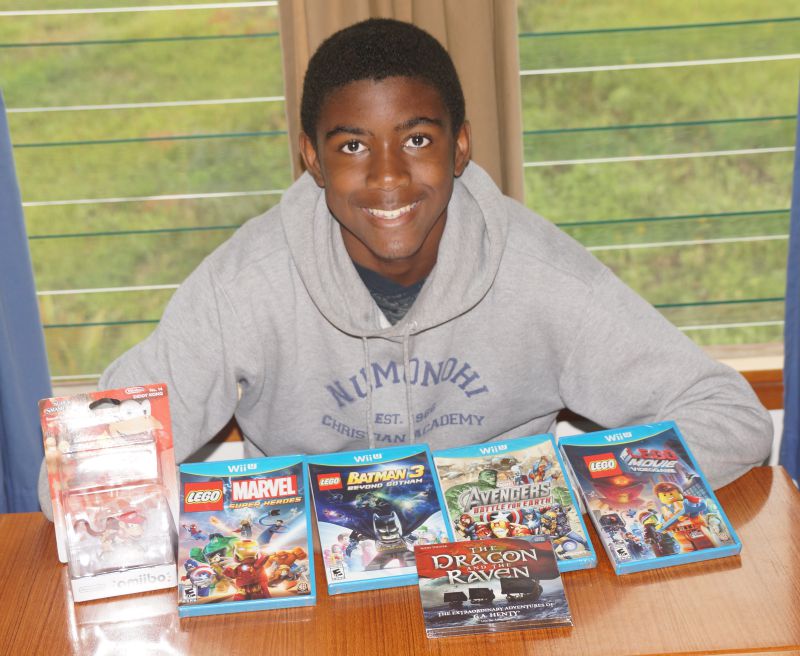 Kobe – grinning with all his birthday loot

We still need missionary teachers for this next year in our high school!  (Numonohi Christian Academy – NCA).  Particularly in math and science.  Pray that God would send more teachers!

With all the uncertainty of a missionary school overseas, the plans have changed a dozen times for next school year.  Kindergarten?  Junior high English?  Kindergarten?  Library?  Kindergarten?  It’s bounced around for a while.  Right now, it’s currently at Kindergarten, but will probably change before this sentence is complete… 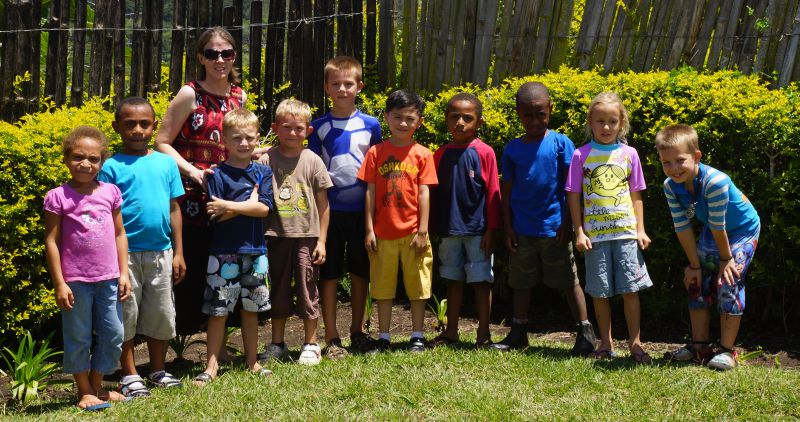 Thanks for your prayers and support!  Check us out on Facebook and Instagram for more recent updates.
– Aaron, Stacy, Kobe, Kiera, and Kaili