Yep, we’re headed to Manila next week for a forum on developing and providing training for Asian missionaries.

This is exciting for us, as it is moving us toward our vision of seeing well-trained, effective communicators taking the Gospel to Unreached Peoples throughout Asia and all the world!

Training many nations to reach all nations 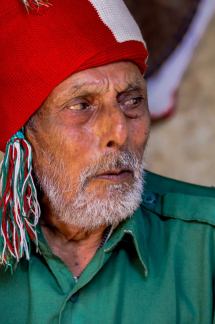 There will be attendees from the Philippines (both Filipinos and expats). We’ll have people from Thailand, Singapore, and a few other Asian nations we can’t mention by name for security reasons. Some will be coming from Africa. And trainers and consultants will also be coming in from the USA, Canada, Australia, New Zealand and the United Kingdom.

Many nations and Unreached People Groups need to hear. It’s going to take missionaries from every part of the Globe to get the job done. And that means training. You cannot evangelize and disciple unreached people if you don’t know how to learn their language. Those language barriers are often the main reason they are still unreached.

We’ll be talking about how to create the best training materials and contexts for missionaries coming from so many countries. Many of these missionaries don’t speak English. Most won’t have computers (*gasp* can you even be a missionary without a Macbook Pro?!)

Knowing our ABCs is not enough.  Their languages may use a different script/alphabet.

They have different cultural styles of teaching and learning. Where should each training be based or conducted? How can we train teachers who will be able to conduct training in all these languages?

There are many challenges to work through.

We’re looking forward to seeing old friends and coworkers. And we’re seeing how this kind of training passes from one generation to the next. A prefield trainer coming from England was our student in phonetics back in 1979 before we left for the Philippines; after serving in Africa, he and his wife teach missionary trainees in the UK.

A New Zealander that we trained in 2004 is coming; we had some input into his language-learning know-how, and now he’s training Asians to reach others.

We’ll be spending time with the director of training for the foreign missionaries who arrive in the Philippines; he was a grade schooler on Palawan when we met him in 1981.

And we’re looking forward to meeting others that God has raised up to be a part of seeing Asians become highly effective in reaching Unreached Peoples.

Each of you is a part of this and we appreciate your prayers as we work through all these challenges. Your partnership in this ministry makes a huge difference as we work together to see all peoples reached in their Heart Languages.