In November and December we took our first trip to South Asia, the region with the most Unreached Peoples Groups in the world. Thousands of unreached groups call this part of the world home. We were blown away by the vastness, the tremendous need for committed Gospel ministers, the poverty, the oppressive idolatrous false religion, the powerful anti-Christian sentiment of the government, and how much we have to learn to be the most effective in helping missionaries in this part of the world.

We were blessed and encouraged by the believers in some of the already-reached People Groups and their gracious hospitality, their love for the Lord Jesus, and their passion to reach the Unreached in their corner of the world! We also enjoyed some pretty amazing food and all the colorful beauty in the South Asian culture.

We were also able to reconnect with Singaporeans friends as we passed through their airport. Most of them were on a team that came to our tribe on Palawan in 1987. We hadn’t seen some of them in 30 years! The other friend we had met at missions camps in 2010.

While in South Asia, we were excited to be able to meet up with nine graduates of Radius International. We were part of their prefield training, when Bill taught them about how languages, language learning, and translation principles. Now they are in place, thriving in a very challenging context, and doing very well in language learning as they prepare for their future ministries. These Americans have left much behind and stepped out to do big things in the power of the Spirit to share about the Savior they love so much.

While in Asia, we had to climb a many flights of stairs. Lots of them. Every day for 4 weeks. This took its cumulative toll and Bill got home in mid-December to find himself in tremendous pain and sometimes unable to even walk. The holidays made it difficult to schedule an appointment to see his doctor, so we went to urgent care first. Now, many weeks, 3 more doctor visits, a few x-rays and an MRI later, we know that his body took a beating and he has inflamed joints in his pelvis, swollen bone marrow, and a partially detached muscle (hence the pain, as you can imagine!) The pain clinic prescribed steroid injections. He just had the first injection on Feb 17th, and the next is set for March 3rd. If those reduce the pain as hoped, he will start physical therapy. Your prayers for a fast recovery are really appreciated!

In Asia, we were within sight of the highest mountains in the world, and in one location, we could see the hills of FOUR closed countries, each with many unreached People Groups. But to these unreached tribes, political borders mean very little, so they cross over from their closed countries to places where believers are waiting to engage them. The most exciting thing is how local South Asian believers want to reach those groups on their side of the border and these South Asians are asking for training in language learning and effective cross-cultural ministry. We want to help them!

So we have a number of potential ministry trips: follow-up visits to South Asia and to the islands of Asia Pacific, a workshop to train Singaporeans, trips to the Philippines and West 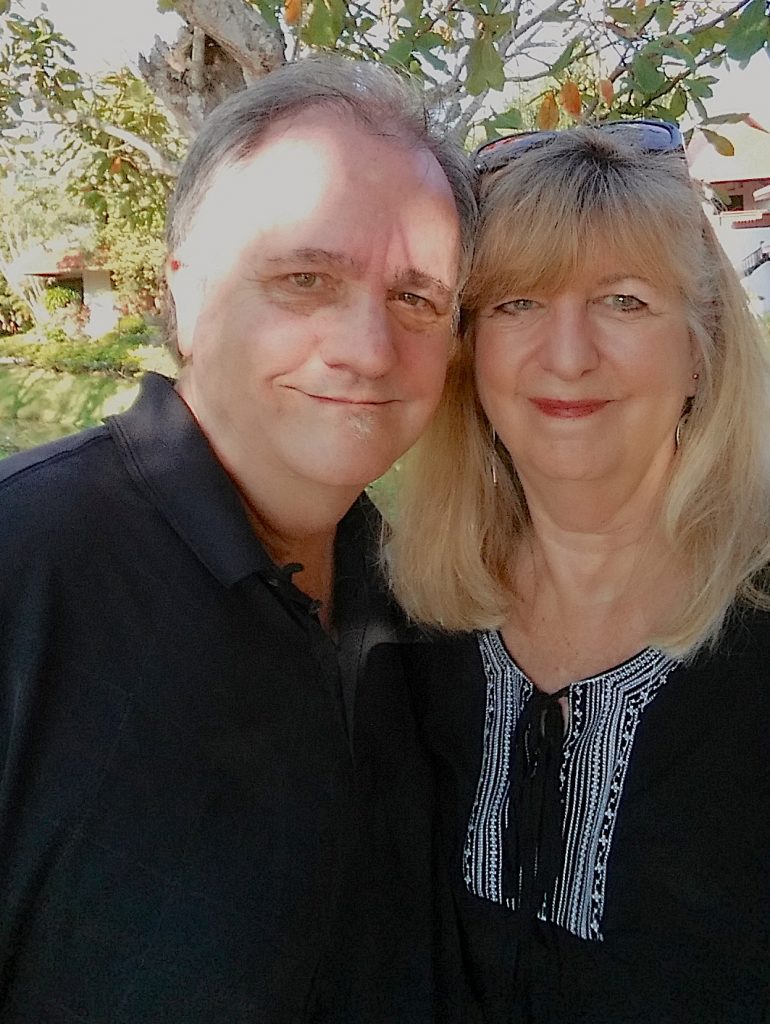 …but first we are getting Bill’s body ready to travel. He can’t be walking between airport terminals or dragging luggage around just yet. Meanwhile, he has his ongoing projects to keep him busy developing language learning materials and he’s preparing for some upcoming workshops and consultant training here closer to home.

Pray for healing, for God’s grace and provision, and for all that’s involved in the preparation of materials to enable many more missionaries to take God’s message to the world and to communicate it clearly in the Heart Languages of the Unreached.

Because everyone deserves to hear in their Heart Language.