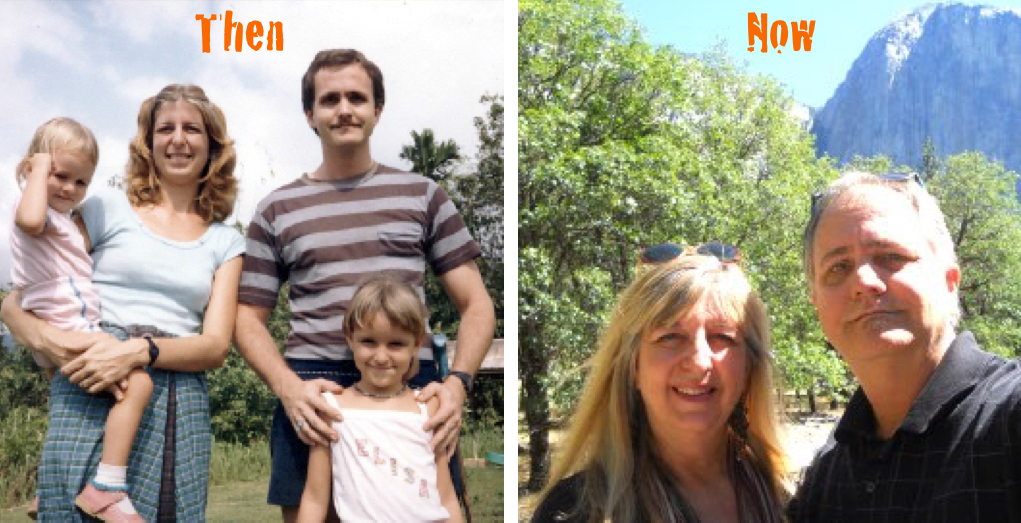 A LOT HAS CHANGED. (Well, besides the fact that we are a little bit older…)

THEN: For 33 years, it was easy to explain our ministry: Bill and Donna? Oh yeah, PALAWAN. We lived and ministered on Palawan. We worked with the Palawanos (we were palawano.com, for goodness’ sake!) We were translating the Palawano New Testament. It was easy for people to “get” what we were all about. And when people thought of us, they thought of Palawan, Palawanos and translation. Simple.

NOW: We’re all over the place. Lots of different countries. Various projects. We even have to be cryptic about where we are going sometimes for the safety of the missionaries there. Since our ministry is not tied to one location or one people group, it’s harder to get a handle on… especially for many who have had “Bill & Donna = Palawano” in their minds all this time.

Basically, we are helping lots of missionaries to do what we did.

We had to learn Palawano on our own (there’s no Rosetta Stone language course for languages like that.) And other missionaries who want to reach other Unreached People Groups have to do the same kind of language learning. It’s hard! So we’re teaching them how to do it. And many of the missionaries we get to train are non-Western missionaries: Asians from many countries, and (soon) Latin Americans and Africans.

WHAT HAS NOT CHANGED: We’re still with New Tribes Mission, still passionate about seeing Unreached People Groups like the Palawanos reached for Christ. But instead of reaching one people group, now we are a part of reaching many groups as we train others all around the world. It’s a big ministry with many challenges in terms of travel, budget, health and strength, as well as the often daunting task of figuring out how best to train missionaries from such a diverse range of cultures.

We need your prayers more that ever. We need others like you to join our team, as well. So many people groups around the world are waiting to hear the Gospel in their Heart Language. We’re doing all we can to reach those people groups by training missionaries to learn their languages in order to reach them with a clearly-communicated message.

This weekend were asked to shared at the Missions Moment in a church who have been partnering with our ministry for nearly 20 years. So we took the opportunity to make a one-page flyer explaining what we did “back then” and what we are doing now.

Join our team. Pray for us. Let’s reach the world. 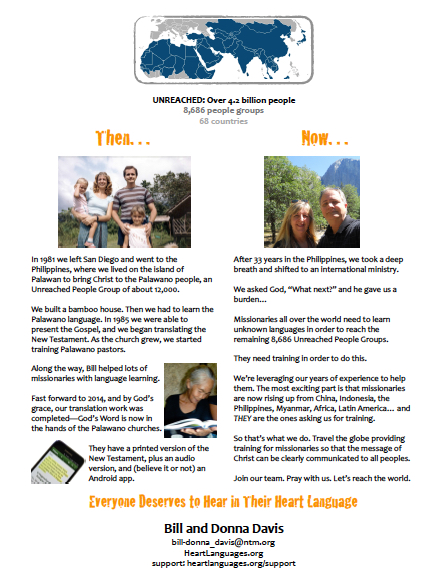